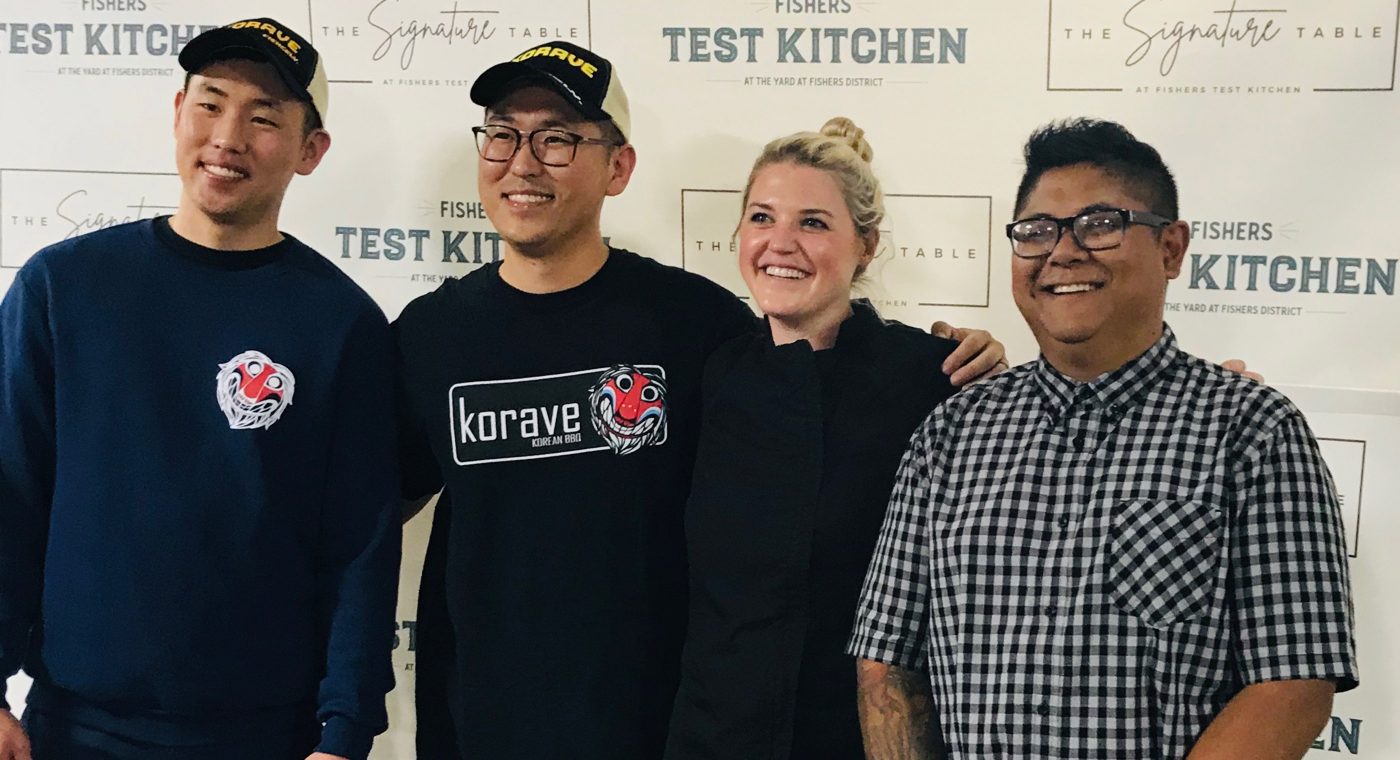 Fishers Test Kitchen at the Yard at Fishers District, a restaurant accelerator developed by the city of Fishers and Launch Fishers, will open in November inside the Sun King Fishers Innovation Brewery building. It will feature an inaugural cohort of four chefs, including two brothers.

The test kitchen has three restaurant stands for chef entrepreneurs looking to launch a new concept. The chefs will take up residency at the kitchen for one to two years, showcasing their food, gaining business skills, and building a local following in preparation for moving on to open their own locations. As each chef leaves, another aspiring restaurant owner will be chosen to take his or her place.

The first round of chefs was chosen by a committee made up of Fishers Mayor Scott Fadness; Dave Colt, co-founder of Sun King Brewing; Launch Fishers founder John Wechsler; and food writer Jolene Ketzenberger, a co-founder of the project. Along with taste testing, the selection committee evaluated the chefs’ concepts, proposed menus, restaurant experience and how their concept would fit into a beer hall.

To meet the chefs, check out the full story in Indianapolis Business Journal.

Get a sneak peek.

See renderings of the new space