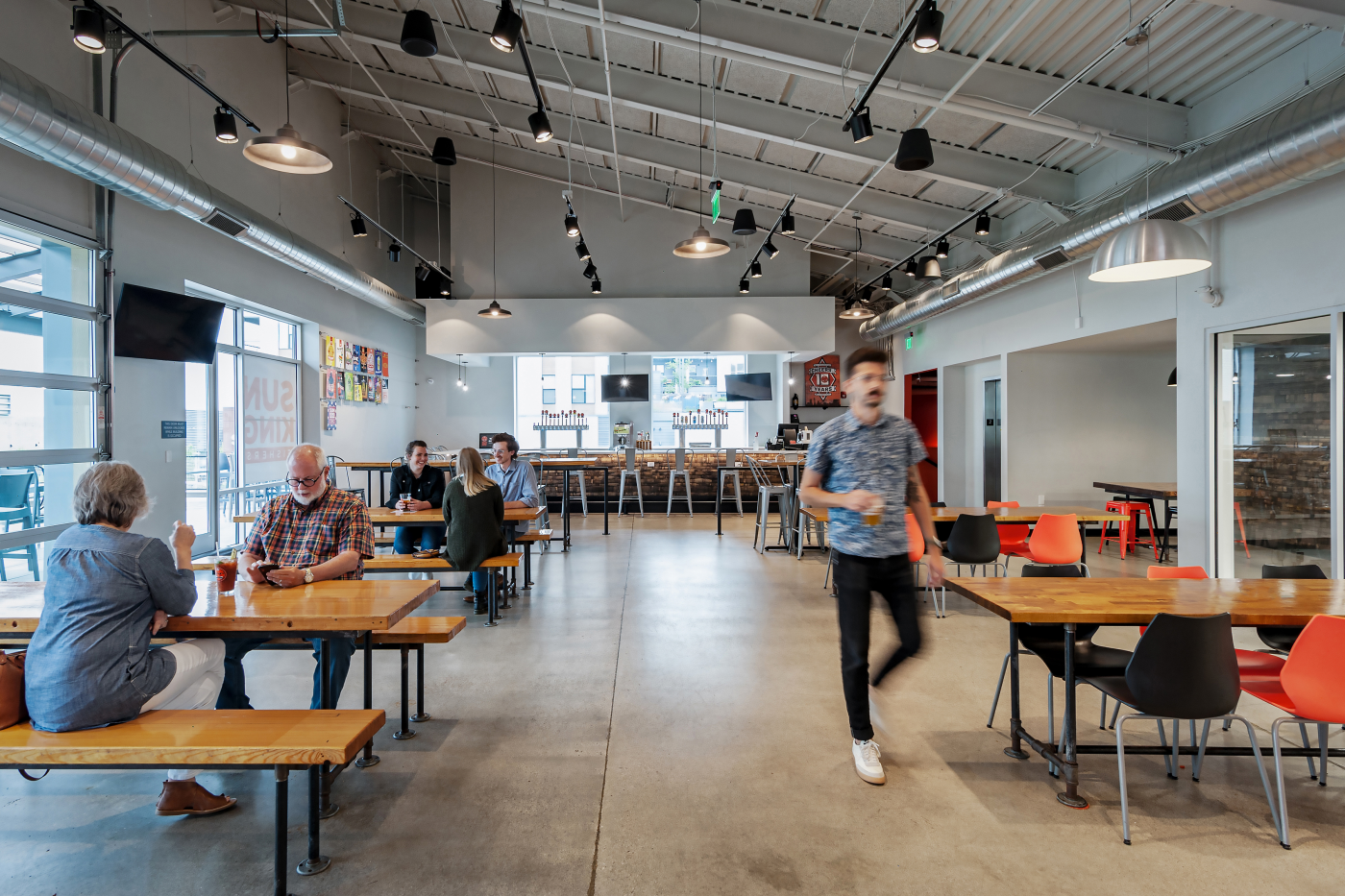 Fishers set out to create a culinary accelerator where emerging chefs would share their new food concepts. After discovering that Sun King Brewery, a wildly successful Indiana-grown company aspired to expand in Fishers, they decided to collaborate. Together, they created a unique destination for people to gather and connect. 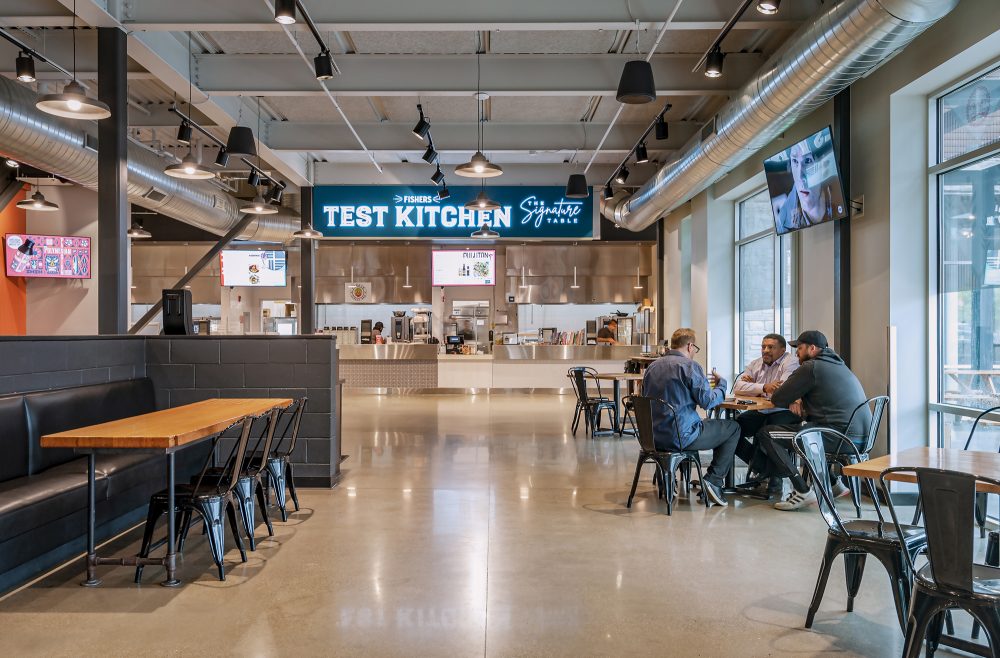 Known for fostering entrepreneurs, the city of Fishers set their sights on the culinary world. After immense success with Launch Fishers, an incubator for tech startups, they sought to emulate that model and create a place for emerging chefs to test new ideas and launched the Fishers Test Kitchen, a culinary accelerator.

Sun King Brewery–a wildly successful Indiana-grown company with a brand built around connection and community–had its own aspirations for expanding; their next move was to open another small batch craft brewery in Fishers.

After learning of each other’s vision, the two decided to collaborate to create a unique destination at The Yard in the Fishers’ District. Our design team worked with both to create a seamless experience where visitors could enjoy amazing Indiana beer and spirits and ‘test’ out some of the newest culinary concepts emerging on the food scene.

Questions Asked
01
How can design help people understand a new approach?
02
How do you make two brands feel cohesive in the same space?
03
How do you cultivate a culinary scene in the suburbs?
Client
Sun King Brewing + City of Fishers
Market
Restaurant / Hospitality
Scope
Interior Build-Out
Location
Fishers, IN 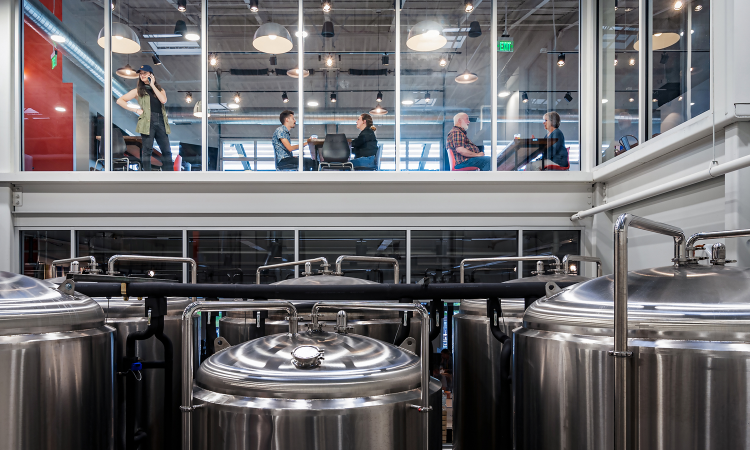 After the success of Sun King Spirits’ ‘peek behind the curtain,’ the Fishers location aimed to do the same. On the main level, patrons can see directly into the tank room while sitting at the large, wrap-around bar; on the upper level, they can peer in from above while playing table games, further connecting them to the craftsmanship behind the beverage they’re sipping. 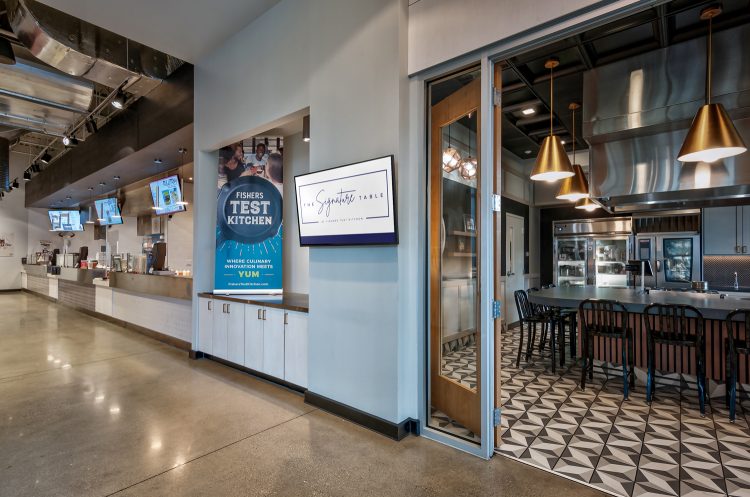 The Test Kitchen is comprised of three streamlined micro kitchens that are highly adaptable as new chefs rotate through to share their food with the public. Simple, unfussy materials like stainless steel and tile allow the chefs’ digital menus and exhibition-style cooking to take front stage. Next to the kitchens is Signature Table, a venue designed for private events and classes where patrons can get up close and personal with the resident chefs. Wrapped in geometric floor tiles, velvet drapes, and gold pendant lights, this space has a more distinct and intimate vibe. 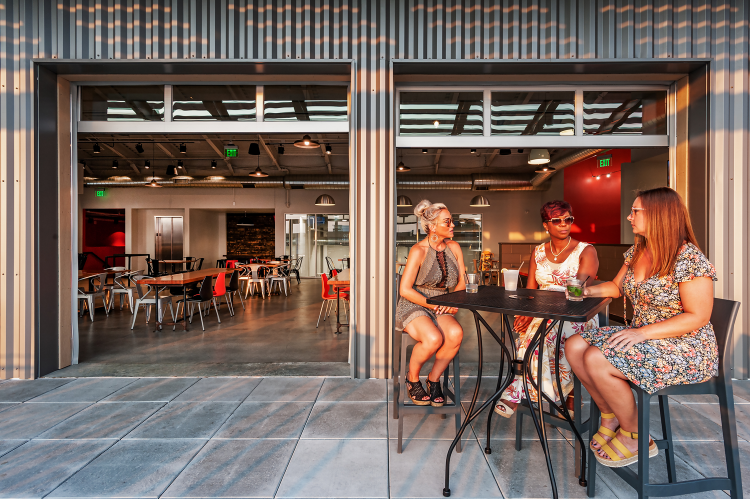 To maximize seating and its prime location in The Yard, a double-decker patio with large windows and easy-open garage doors gives patrons additional choice to interact with the activities abounding on the central greenspace. 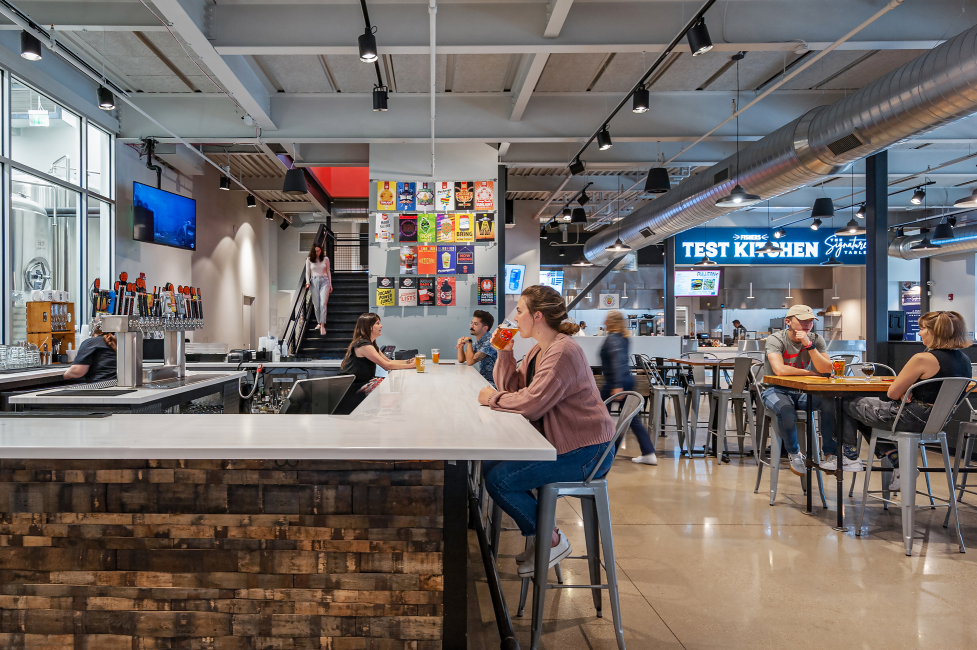 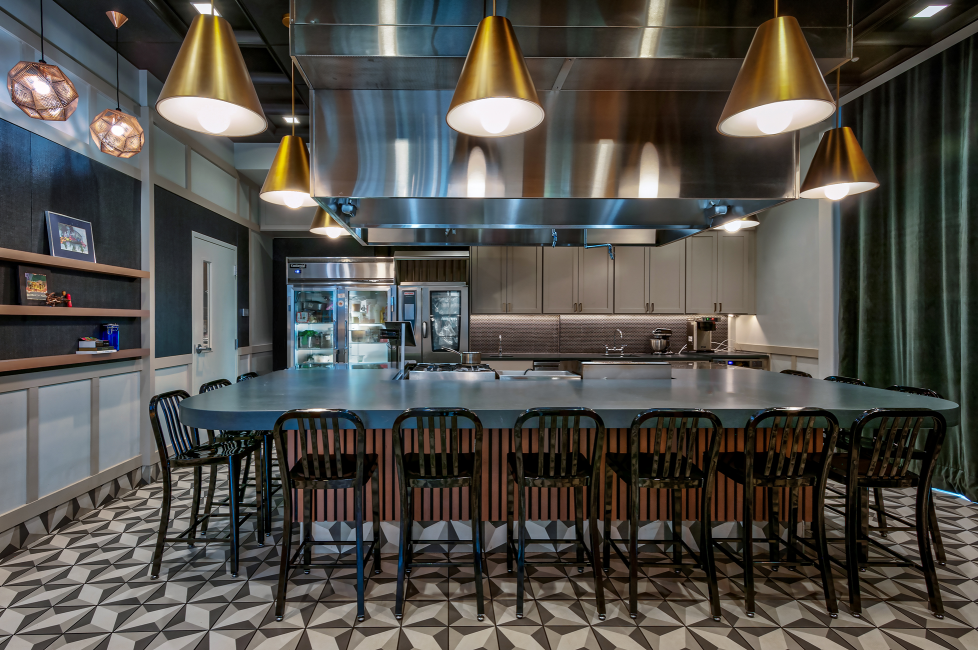 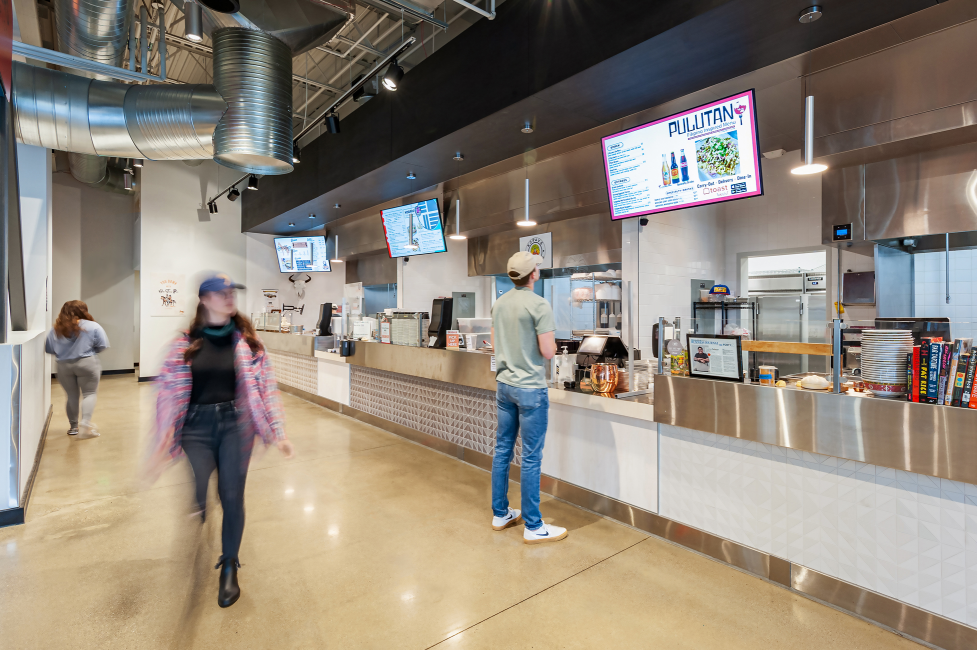 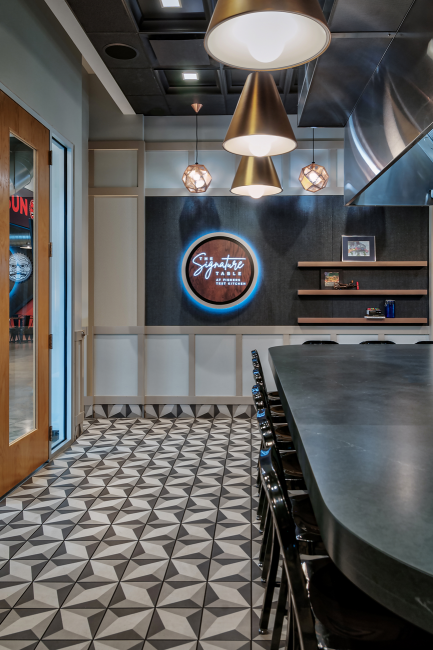 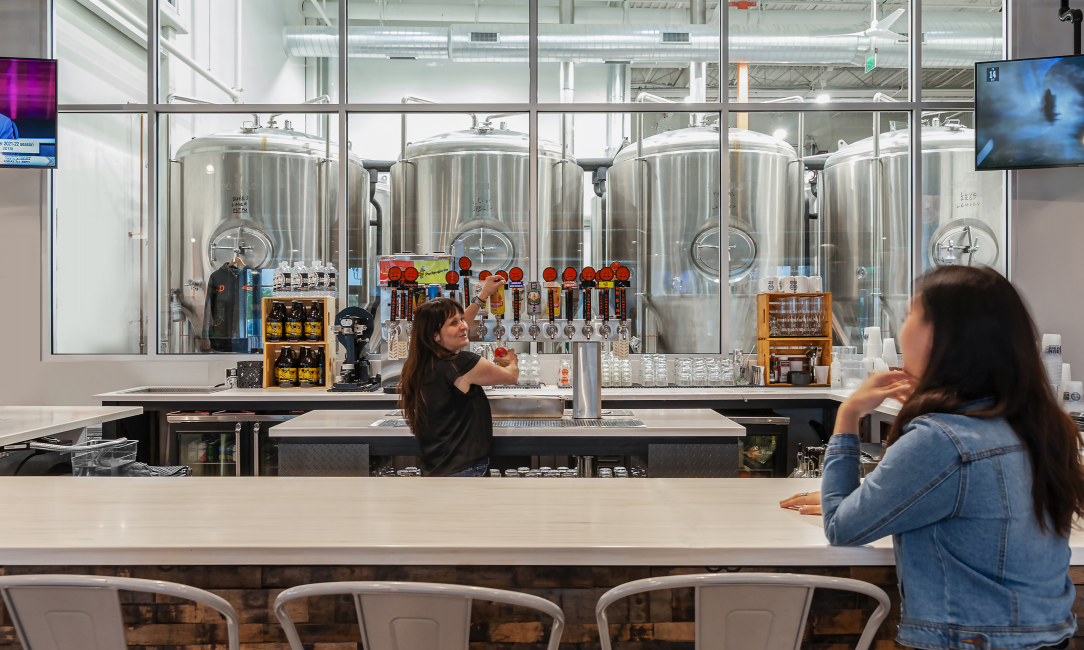 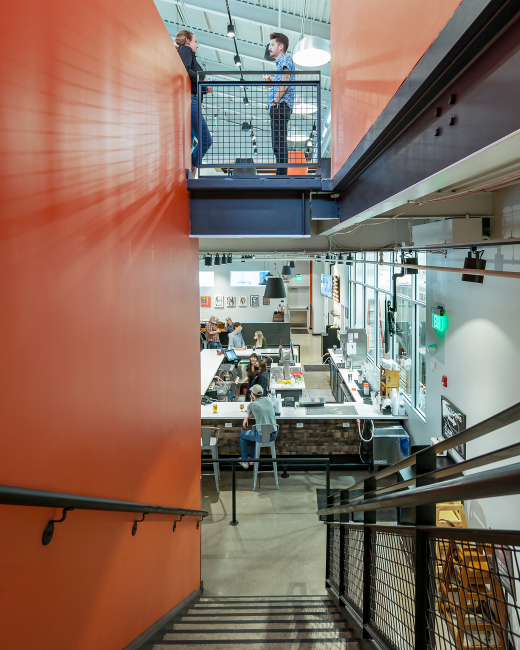 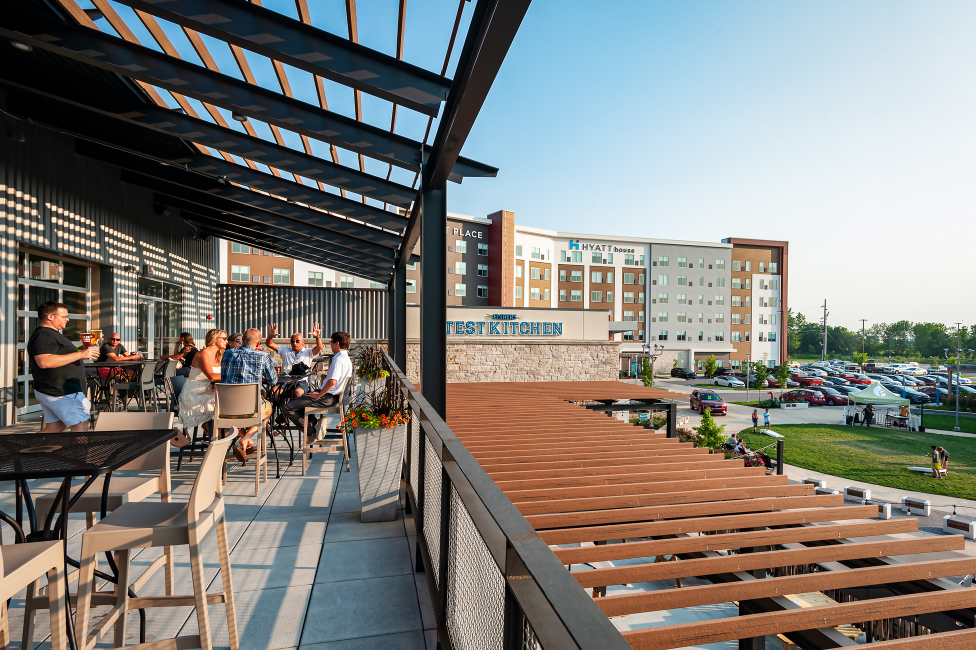 Are you a chef with a new food concept?

Have an idea for something new?